How to Design an App for Both Android and iOS 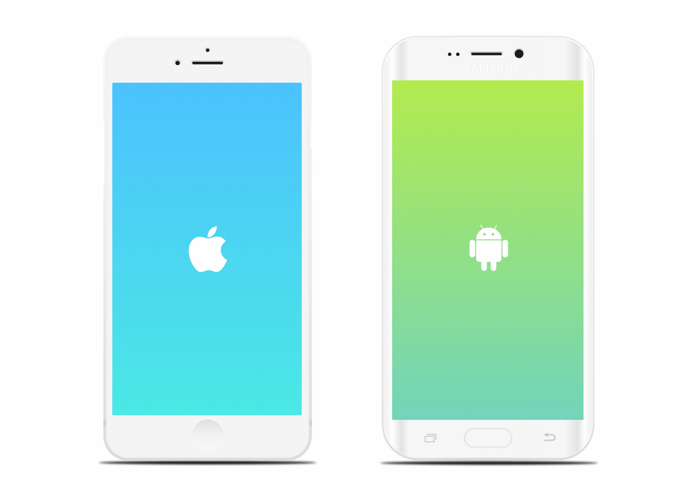 Designing mobile apps can be difficult. The interfaces and user experience for the two largest mobile operating systems, Apple’s iOS and Google’s Android, are significantly different. And yet, ideally, you want to make sure that your app can run on both in order to maximize your reach and the impact your app can make.

But is that possible? Can you engage in simultaneous mobile app design for both iOS and Android without compromising quality or user-friendliness? The short answer is yes. But of course, the longer answer includes a number of qualifications. Chief among them all: do you have the time and resources necessary to account for both? Here’s how you can accomplish the dual design feat.

First of all, unless you’re developing your app in-house, you have to make sure that the developer with whom you’re planning on working actually has the necessary expertise to develop both Android and iOS apps. Without that dual expertise, you will find it difficult to come up with an end product that functions equally well on both operating systems.

Second, make sure to nail down exactly what your app needs to accomplish. These design priorities will be crucial in finding out how complicated your simultaneous design process will be.

For example, you may find that the features you actually need are very similar for both Android and iOS devices, with only the user experience being slightly different. In that case, developing a single app for both systems simultaneously is relatively straightforward. But if that’s not the case, a more complicated process may be needed.

Android and iOS are actually alike in quite a few ways. For example, buttons and push alerts tend to be relatively similar. Icons also tend to follow the same pattern, making the design process just a bit easier.

These commonalities mean that the transition will be simplified. The more you can find, the more easily you can build the core structure of your app to function equally well on both Android and iOS smartphones and tablets.

Of course, in both systems, differences will abound. Perhaps most obviously for regular users, Apple devices don’t have the ubiquitous ‘back’ button hard coded into their phone’s design, and have to account for that ability within each app.

Similarly, differences between the two systems can range from fonts to the way in which the navigation within the app is typically set up. The more differences you find that relate directly to the core functions of your app, the more complicated the process of moving an app forward on both systems simultaneously will become.

5) Ensure Proficient Testing on All Platforms

Finally, any project that includes development for multiple platforms at the same time needs to account for that fact in the testing stage. In other words, if you want to develop your app for iOS and Android phones and tablets at the same time, you better make sure that enough testing time is planned into the design and development process.

Without sufficient testing, you run the risk of releasing a buggy or non-functional app that your audience will not embrace. Developing for two systems, naturally, doubles the amount of testing that needs to be done in order to prevent that scenario.

Ultimately, developing an app that can be released at the same time for both iOS and Android is absolutely possible. The above variables, though, are important to keep in mind when you are thinking about going down that road. But if you are, we’d love to help! Contact us to learn about our services, and how we can help you design a beautiful mobile app on any operating system.