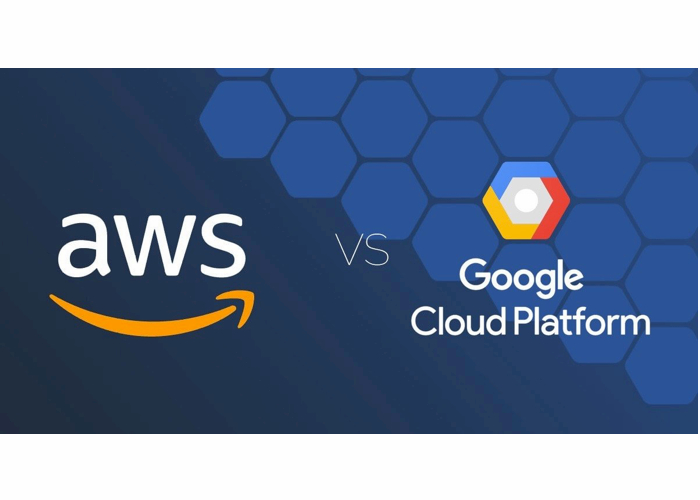 Here’s the deal. AWS is, frankly, the industry leader. They had a roughly 7 year head start in developing their cloud services, and during that time they’ve developed over 200 products and services within their platform. Since the beginning, they’ve owned the lion’s share of the market, with the highest user adoption. They are the industry standard.

But, they’re not alone anymore. Microsoft’s Azure is actually the second highest market share, but all my research suggests that basically people only choose Azure if they’re already utilizing Microsoft systems. If you’re not running Windows or Office or that kind of thing in-house already, you’re likely not going to choose Azure for your cloud services because all the benefit of these tightly integrated systems doesn’t apply to you.

So, the next runner up after Azure is GCP. They’re only at 5% of market share as of Q1 2018 (compared to like 35% for AWS and 15% for Azure), but they have repeatedly destabilized AWS on a couple of fronts: pricing and customizability.

GCP came in in 2017 with a per-minute pricing model, undercutting AWS’s per-hour model. Basically, in the beginning with AWS, if you used one hour and one minute, you got charged for two hours. With GCP, you were paying for exactly as many minutes as you needed. AWS took the hint and switched over also. These days it’s all about per-second pricing. AWS allows per-second pricing only for Linux VMs, while GCP offers per-second pricing for all VM types and OSes.

GCP also offers better discounted long-term usage that kicks in automatically the longer you use instances. It’s called a sustained-use discount, and can save you up to 30% if the VM runs for the entire month. Compare this to AWS, where you need to reserve the instances in advance–no automatic kickbacks.

For temporary instances, GCP offers preemptible instances, a significantly more predictable and affordable (up to 80% off!) pricing model then AWS’s bidding for “spot” instances.

GCP is fully customizable. You can get 1CPU and 4.5GB RAM, or 2.5GB or whatever. AWS only offers set packages you must choose between, likely resulting in you over purchasing for your needs.

AWS, with their 7 extra years of development, boast over 200 products and services for the Cloud. For some clients, this is going to be a huge plus–whatever they need, AWS has it. But, for many, maybe even most clients, they don’t need all those products and services–might even be overwhelmed by them. GCP offers fewer–but rapidly developing–products that give you most of what most people need, and of a quality that rivals AWS in those areas. Many comparisons between the two cite GCP as better for beginners–the UI is more intuitive, the learning curve gentler, and with fewer, simpler options to choose between, it’s not so overwhelming.

With more worldwide data centers, AWS comes out on top for lowest latency. Businesses working in China should take note that GCP is hindered here by China’s policy, whereas AWS is fully functional or something.

These guys each offer a lot in these departments, and most reviews suggest GCP and AWS are sort of interchangeable. GCP has all of Google Chrome’s (enormous) data, but they’re still figuring out how to utilize it–Google’s serverless compute product is still in beta, but looks promising. AWS has Lambda, which is apparently awesome. It allows software developers to check in code whenever they want, and they only pay for access when they’re using it. Developers like the on-demand access.

Google seems to come out on top here, given their history with the FBI snooping, etc. They’ve basically encrypted everything that touches Google, so you can feel pretty safe with these guys. Amazon hasn’t gotten that far yet.

AWS, as the established industry leader, has…more. They’re the giant, but sometimes that means you pay for what you don’t need. Google is more nimble, more customizable, and less expensive in most cases. It really comes down to what your needs are–in products and services, in your location (for worldwide data centers and latency), etc.