iOS App Development vs. Android – Which Platform to Build First 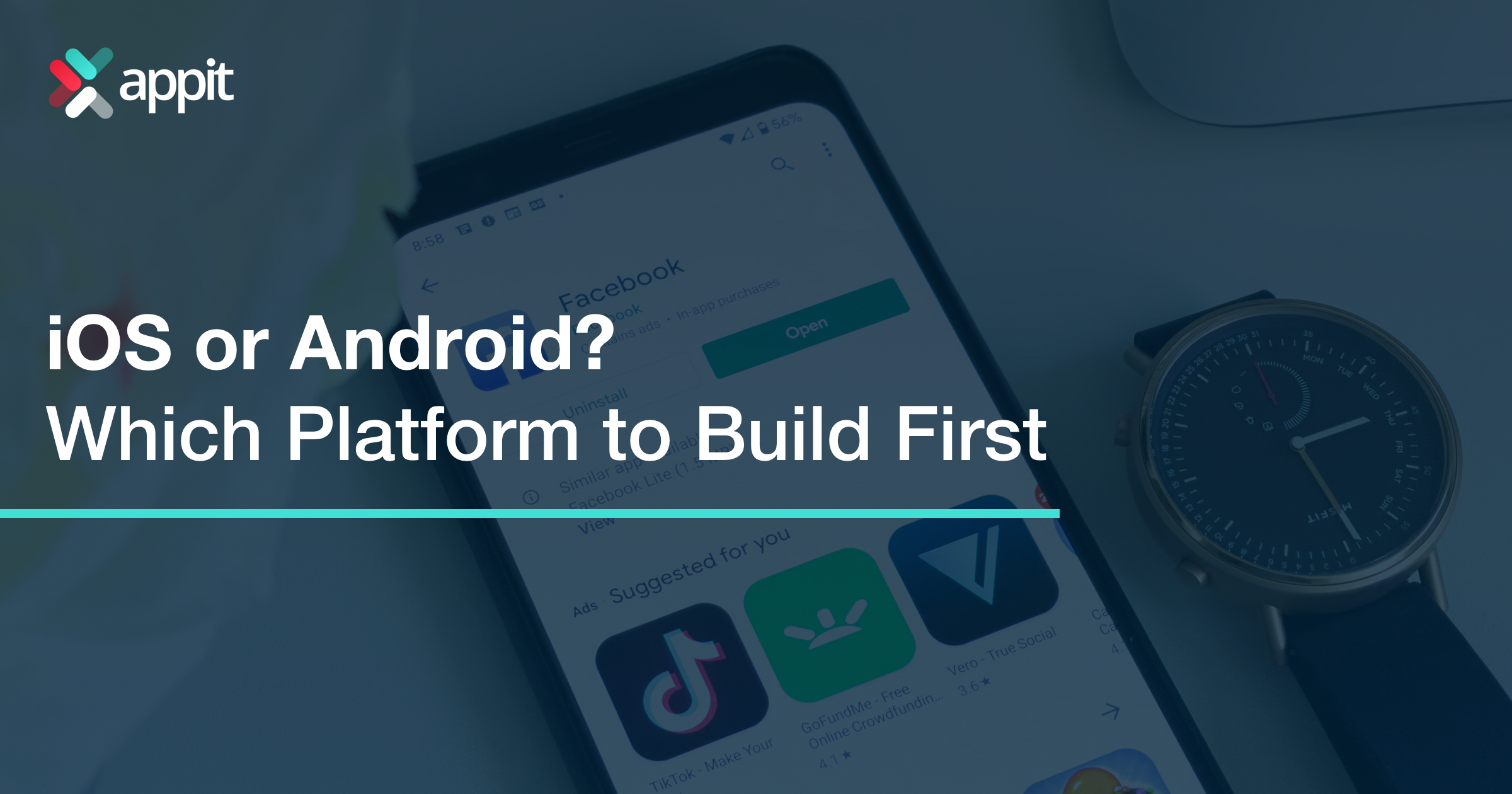 When a business is looking to invest in a high quality app for its audience, one of the first questions that many people have is which platform they should invest in first; iOS or Android? When picking between the two main mobile platforms, it's critical to understand their differences so that you can make the right decision for your business and customers. Take these factors into consideration when choosing which mobile platform to launch first.

When picking an initial approach to mobile app development, you first need to understand your primary user base including where your users are located and what their spending behaviors are. Currently, Android has the largest platform market share in the world at 72.48%, however, Apple far outperforms Android for consumer spending in the App Store, with 65 cents out of every dollar spent on iOS apps.

If your app is going to be built for a broad, international audience, then Android app development could be the right place to get started, but if your application will be built to generate revenue from consumer spending, then iOS may be the better approach to initial development.

Keep in mind that even though Android holds the majority market share for total users and iOS apps generate the majority of revenue from consumer spending, both platforms are making large pushes into one another's territory. Keep monitoring trends in expansion and development between these two platforms to keep a close pulse on what's happening in the mobile marketplace.

The monetization strategies of apps on both platforms actually reflect the overall approaches from the platform companies themselves. Typically, Android apps are more likely to be ad-supported, while iOS apps are more likely to require a purchase or initial investment to download the app. It should be noted that paying for apps is still very common on both platforms, and ad-supported apps are a common occurrence for iOS apps too.

Consumer spending in 2020 soared to an all-time high of $112 billion, so while it's important to look at high level trends when building a monetization strategy, it's more important  to get very concise on what the purpose of your application will be, where your primary user base is located, and what their behavioral spending habits are to effectively implement an application that will produce a higher return over time.

‍Android is an open-source solution, meaning that there is more overall flexibility for developing your application, but with the Android operating system, updates for the platform are locked down by carriers. This directly contributes to Android users having a slower adoption rate for new versions.

‍iOS however, boasts very quick adoption rates for new versions of their operating systems. It is estimated that currently more than 84% of users have upgraded to the latest version of iOS, iOS 14. If your app requires high security or has features that require the newest version of the operating system, it may be a good idea to focus on iOS app development, first.

‍Another important consideration when deciding what platforms you would like to publish your app on is development or delivery speed.

Speed of delivery, whether you are working with an agency, freelancer or in-house developer, directly affects the price of your app and time to market. Android apps take an average of 2-3 times longer to build due to Android fragmentation and the release cycle issues. For this reason, it may actually be a more time and cost-effective option for businesses to publish on iOS, despite the fact that Apple’s approval process can include more detailed and tedious requirements, leading to several additional days between submitting an app to the App Store and seeing it live on the App Store.

‍In the end, you have to choose what you are going to be most comfortable with; it's a gut feeling built upon a strong foundation of user analysis, business goals, and requirements. There are many businesses that choose one or the other, only to find that they were not successful in their choice because it did not fulfill their primary goal. Make sure that you have a solid and experienced mobile development partner for your chosen platform before deciding to move forward, and carefully weigh your product against the platform that is going to be right for your business.

If you would like to learn more about which mobile platform might be the right choice for your app, call us for a free technology consultation. We'll ask about your business, customer base, and your industry to help you make a best-fit decision tailored to meet your business requirements and overall strategy.